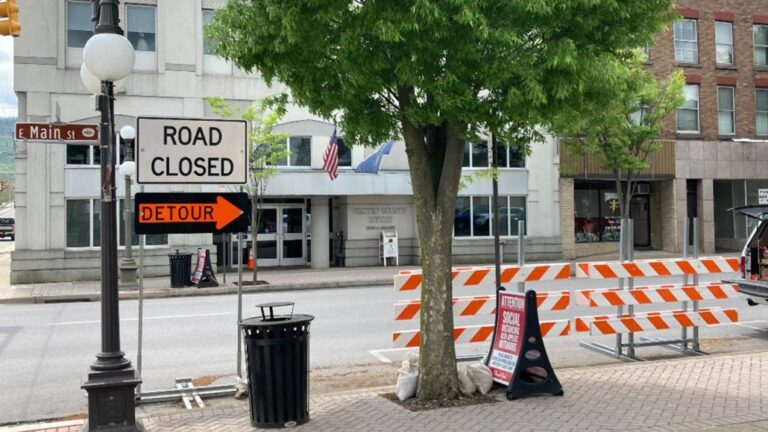 The start date for Lock Haven’s Main Street Pedestrian Mall has been pushed back another week; earliest start date now would be Friday May 21.

Clinton County Commissioner Angela Harding, in her capacity as president of the Downtown Lock Haven Inc. board of directors, on Wednesday updated downtown businesses and city officials on the effort to get the well received downtown program up and running for 2021. The delay continues, she wrote, as the downtown group awaits approval from the Federal Highway Administration.

The effort to get the needed approvals is into its tenth week. PennDOT earlier signed off but the FHWA has yet to do so. Harding wrote that local officials have asked Congressman Fred Keller for his help in dealing with the federal highway agency:

Due to the uncertainty of how long the application would possibly lay on a desk at FHWA and if we would need to pay a fee, I reached out to Congressman Keller’s office. His district aide, Ann Kauffman requested our documentation so that the Congressman is fully informed of the situation. I had correspondence with Ann this morning and her office is working to advance our request through FHWA.

With this being said, unfortunately, we must delay the Pedestrian Mall another week while we wait on help to move this through the federal process.

It is with great appreciation that Congressman Keller and his team are working on this for us and we hope that we can announce the street closure/ped mall opening for the May 21 weekend. However, there are no guarantees. I will continue to communicate with Congressman Keller’s office.

Harding said had the Downtown group known the process would involve “more hoops,” they would have begun sooner. She said PennDOT asks for such applications eight weeks prior to the event and at no point leading up to the request had the state informed Lock Haven of any changes in the process.

Meanwhile, she wrote, the downtown group will continue its preparation for summer activities, “So for now, we will continue to move forward. Our Promotions Committee and Design Committee are working on materials so that when we get the green light, we are ready to go.”

The Main Street pedestrian walkway will run from Jay to Vesper streets and will be closed to vehicles and open to foot traffic from Fridays at 3 p.m. through Saturdays at 10 p.m. with restaurants and retailers moving out onto the sidewalks and streets. The pedestrian mall, once it starts, is scheduled each weekend during May and September, and every second and fourth weekend during June, July and August. Earliest start date now would be Friday, May 21.

← Welcome to lockhaven.orgFall 2021 Must Do Events →

Interested in being included on this site? Please consider becoming a member of Downtown Lock Haven, Inc. and help build a better, stronger Lock Haven.